On our trip each day we had different tasks and jobs to do in two different small villages, Los Corrales and Cojahualten. Monday was stove day…. Looking back stove day was probably my favorite time of mission work in the villages. It was incredible to get to go into these people’s homes and yards and help improve their way of cooking immensely.

Many of the families living in these Mayan villages still cook over open fires and if they have a stove often enough the chimney stays in the room or there is no chimney at all. This causes the smoke to get caught in the cooking area and many of the women cooking can suffer from respiratory problems, heart and lung diseases, plus their eyes suffer from all the smoke in their face. Adventures in Missions (AIM) wants to help families combat those health problems and provide a healthier home environment for these people with their stoves.

The stoves we set up were very simple to assemble, but were so much more effective and healthy for the families in the long run. First twelve cinderblocks were placed in a square six across two up to give a good solid base to the stove. Then a big concrete box with a hole on one side was set on top of the blocks. A small fire box/chamber was then assembled inside the concrete box by the hole. That is where the wood and the fire would go inside the stove. The rest of the concrete box was filled with compacted sand with a small opening and ramp from the fire chamber to the beginning of the pipe/chimney on the other side of the box. The sand helped absorb the heat as well as soak up the ash from the smoke and fire so all that would be going out of the chimney was just hot air, thus helping clean up the families air quality, but also the air quality for the planet as well. Then a metal stovetop was set on, which had two burners to cook over. One of the burner or stove holes was right over the fire chamber and the other was over the hot sand, the hot burner and the warm burner! The chimney was then attached at the far end and we cut a hole in the roof and ran the chimney out to get it out of the house. We calked around the hole to keep it weatherized and put a metal netting around the chimney for safety if in any case children grabbed the chimney. The children would not be hurt as badly as if they had grabbed the chimney itself. 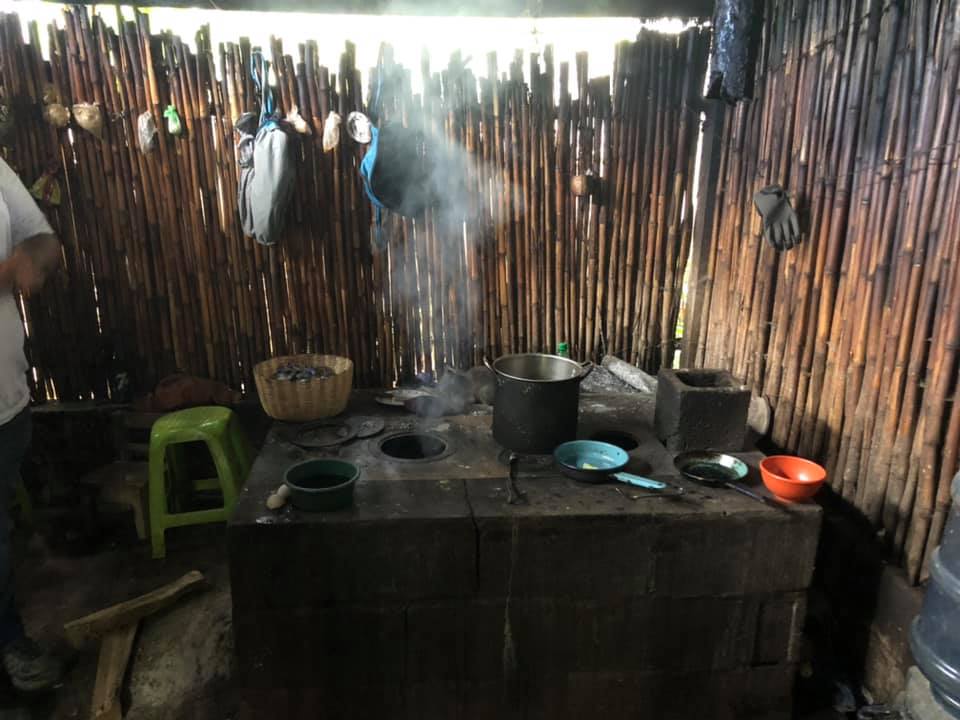 We had seven stoves to build, the last seven in that village. We separated into two teams. Team two got three stoves and team one had four. I was in team one with my parents. We actually over counted and when we arrived found out we really only needed to build six stoves, but then a very sweet woman was in the process of having her new home finished and so we were able to bless her with that extra stove! Such a sweet providence!

The first house my team worked on in the morning actually had two stoves in the one compound area. We met three generations of strong incredible women there and it was amazing to work and help them out as best as we could. They let us eat our lunches with them as well. The first stove our leader walked us through the steps so it took a bit longer to assemble. The second stove though was a breeze and my dad, one of the amazing ladies on our team and I actually finished it up quickly while the others were talking logistics elsewhere. 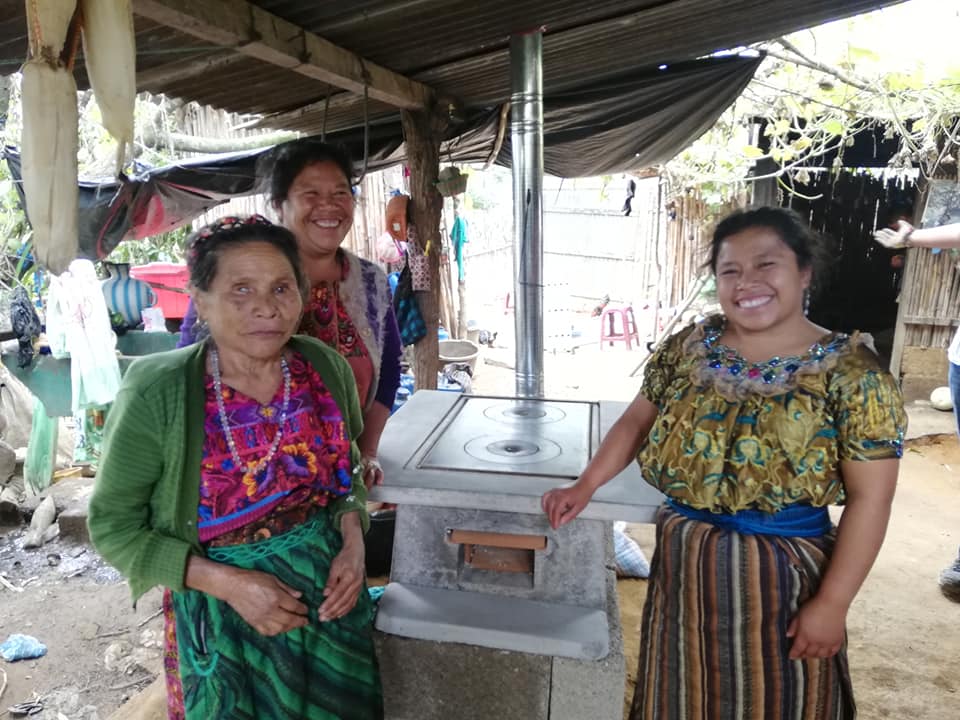 For the last two stoves after lunch we split our team in half again. Four went to the house at the top of the hill and mom, our team leader and I went and built the stove for the young woman whose house was just being finished. We joked it was going to be a race and then actually decided we were going to make it a race. My favorite part of the whole day happened during making that last stove. Mom and our team leader were working on the netting for the chimney while I was tasked with filling the box with sand. I was trying to work as fast as I could compacting, filling, making sure I did a neat job etc….. but it was going to take me a while since the box was quite large. Maria the mother of the lady we were building the stove for and the lady we built the first stove in the morning for though hopped right in and started helping me fill the stove. Between my broken Spanish and hand signals from the both of us we worked together as a team filling the box completely with sand, building the ramp and sticking the beginning of the chimney in the sand as well. I almost wanted to go build another stove just to get to keep working with Maria. She is an incredible woman and what a lovely smile and soul. 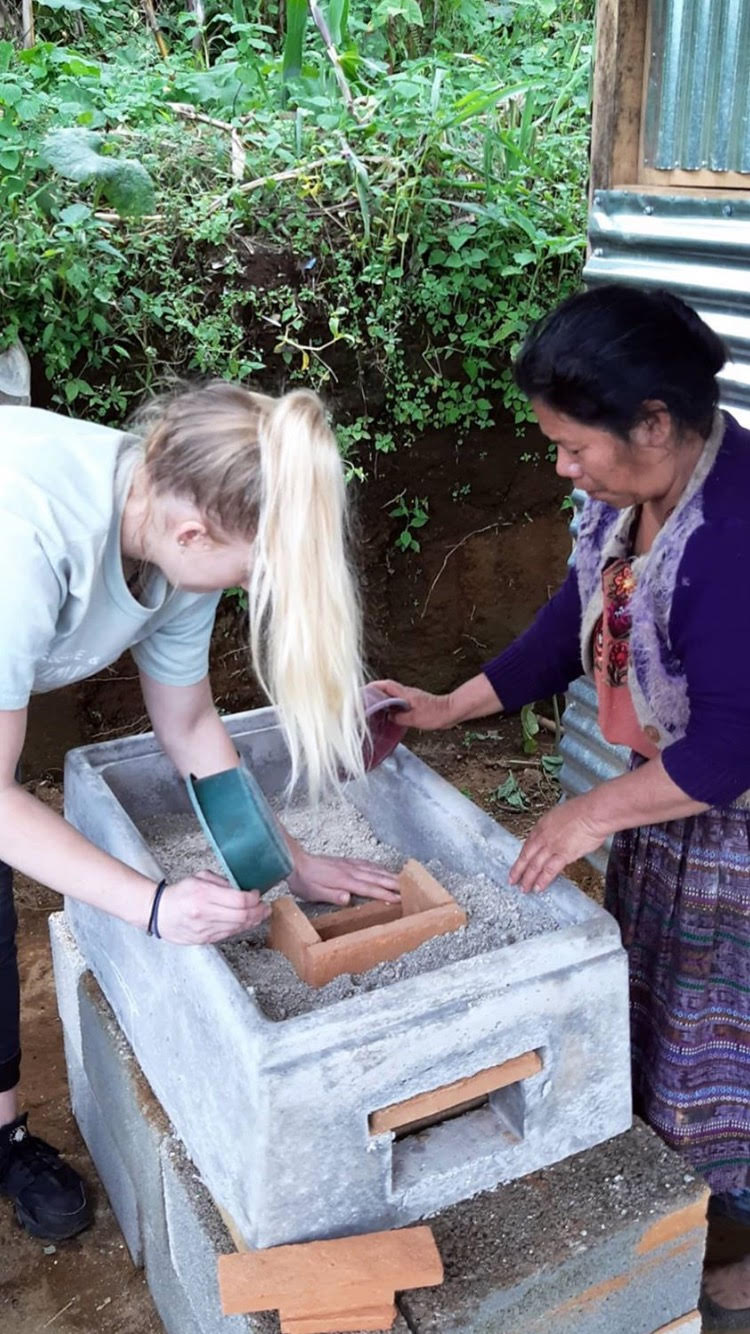 We made our way to the top of the hill to help the other part of our team finish up after saying goodbye to Maria and her daughter. Your perspective really changes up in these villages, because even though the houses were just huts built of corrugated metal the views were so gorgeous. So breathtaking you couldn’t imagine getting to wake up to that beauty every day. What an incredible blessing! The lush green hills rolling in front of you spotted with little houses and villages here and there, but pretty much untouched by human hands. It was stunning, you felt refreshed just standing in the sun gazing on the views.

After finishing all the stoves we took supplies to the medical clinic we would be painting later in the week and met the nurse there. Ready to go home we piled back up into the van and started heading back out of the hills to our hostel. About five minutes out of the village however, our van decided to stop working and get stuck so we waited about a half hour for a bus to come pick us up. Even though we were all tired and hungry, not one of us complained or made the waiting difficult. We all just chilled together and told jokes and riddles or read quietly. It was actually a special time just waiting and getting to know our team members even more.

I kept a journal during my time there, just jotting down how I felt, the thoughts I was processing, prayers, and experiences…. Looking over it my entry for this day really stood out to me with how much joy and happiness was in my writing. This day with all the little blessings and lessons, the bumps and the joys all were in the bigger plan that God has for us. Everything worked out in the end, everything ended smoothly. It was and is still a reminder to me that we all just have to trust. We may not see the bigger picture at the moment, we may get stressed and annoyed in certain situations we don’t have control in. We shouldn’t however, because why stress and get annoyed over something we can’t change. What if things happen certain ways so other events will unfold even more smoothly in the future for us? Trust is a hard word to follow through with, but when we do truly trust the feeling is so freeing and rewarding. It’s worth it to allow ourselves to be stretched, push our boundaries and put our trust in God knowing he’s got our best interests at heart. 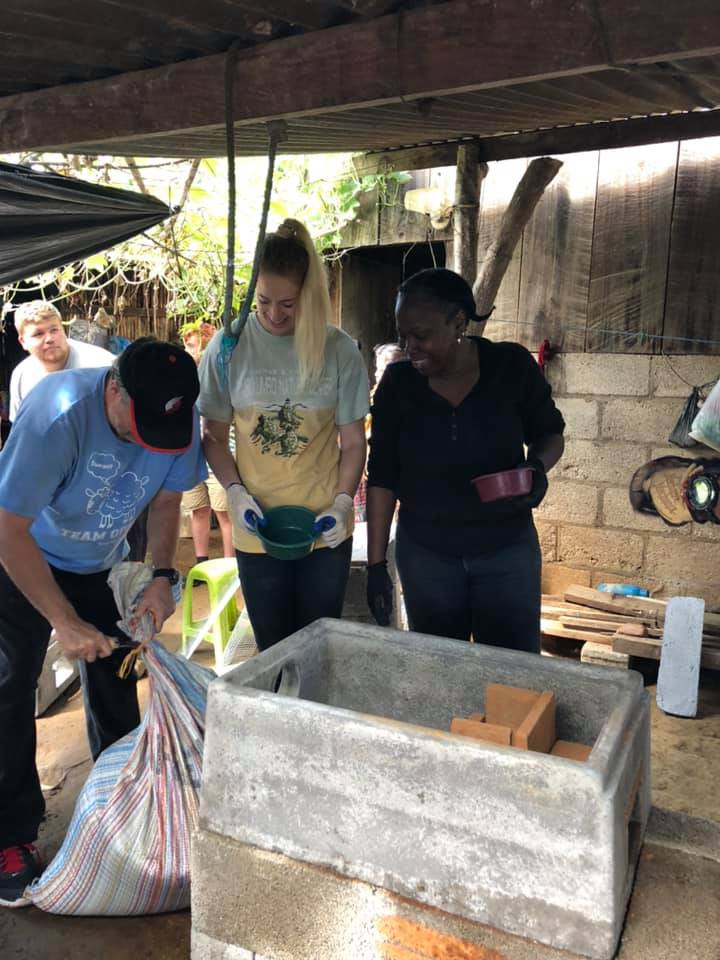